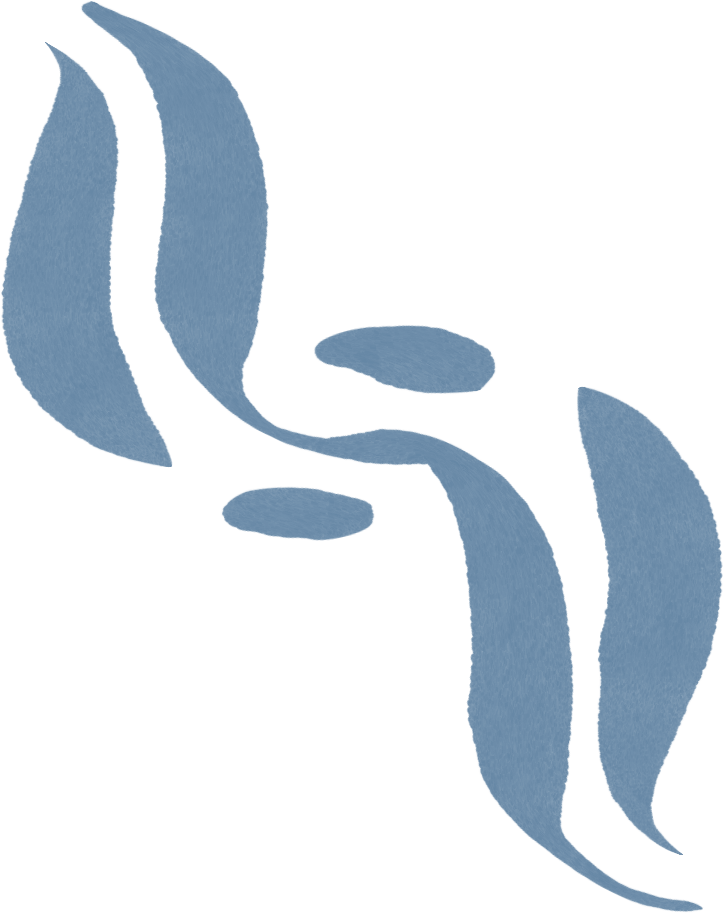 What White Portland Can Do for Racial Justice

A Black-led human rights nonprofit that advocates for community and accountability. It engages in activism, advocacy, education and programming to create social change. Among other activities, the group coordinates a legal referral service linking volunteer lawyers with people who need legal advice.

“Brown Hope is a community solution for racial justice, creating connection with Black, Brown, and Indigenous leaders through the heart, mind, and voice to inspire our collective healing.” The group’s projects include the Black Resilience Fund, Blackstreet Bakery, Equity & Beyond education, and Power Hour community gatherings.

The organization works to promote civil rights and improve legal representation for communities that have often been underserved in the past, including people living in poverty and people of color.

An all-volunteer group focused on educating, organizing and mobilizing white people in the Portland area to work for racial justice. SURJ PDX builds relationships and promotes activism within a larger movement that centers people of color.

A community collective of contractors, realtors, neighbors and businesses brought together by Portland musician and activist Randal Wyatt. Responding to the impacts of historical redlining, modern gentrification and systemic racism, volunteers renovate and revive Black-owned homes, with an emphasis on enabling homeowners to age in place, generate wealth, and deter predatory investors and realtors to deflect the gentrification process.

The nonprofit is working to reinvigorate Portland’s largest historically Black neighborhood. Between the 1950s and 1970s, many homes in the Albina district were torn down and longtime residents forced out to make way for I-5, Memorial Coliseum and an expanded Emanuel Hospital. Gentrification in the 2000s has created its own tensions. (More about how Portland’s “Black belt” came to be can be seen here.) Albina Vision Trust wants to honor the neighborhood’s past by transforming what exists today into a socially and economically inclusive community of residents, businesses, artists, makers and visitors.

“The Asian Pacific American Network of Oregon is a statewide, grassroots organization, uniting Asians and Pacific Islanders to achieve social justice. We use our collective strengths to advance equity through empowering, organizing and advocating with our communities.”

A partnership of members from local immigrant rights and social justice organizations originally formed in response to the September 2020 wildfires in Oregon.

“Oregon has one of the fastest growing refugee and immigrant populations in the country. Forced to leave their home countries for fear of persecution due to race, religion, nationality, political opinion or membership in a particular social group, refugees and immigrants come to Portland to begin new lives. IRCO focuses on removing barriers to self-sufficiency and helping individuals and families thrive, by providing more than 200 culturally and linguistically specific social services, from employment, vocational training and English language learning, to community development, early childhood and parenting education, youth academic support and gang prevention.”

Training farmers and providing no- or low-cost produce to low-income Portlanders, taking a holistic approach to create just and sustainable food systems.

Where to invest now for racial justice in Oregon

Other Local Resources for Fighting Racism

A list of Portland organizations that center support for Black communities and offer resources toward a more anti-racist world. Compiled by PSU students Lisa Jarrett, Roz Crews and Amanda Evans.

PDX Black Excellence is a community organization and cultural movement to connect and support Portland’s black residents and advocates. Check out its business guide.

A directory of local businesses owned by Native and indigenous entrepreneurs. #buynativepdx

Compiled pre-pandemic, so double-check before you go. A loving project of The Racist Sandwich podcast (on hiatus as of spring 2021).

Support Black entrepreneurs in Oregon! A project of the Color Of Change organization, the Green Book lists Black-owned businesses here and all over the country.

Got a project? They’ve got people. Categories include professional services, ecological services, and residential and commercial construction.

Data collected by the ACLU show that Oregon children of color are more likely than their white peers to be subjected to harsher punishments. There’s been a trend of criminalizing, rather than educating, the state’s most at-risk children. Behavior problems and infractions that used to be handled by teachers and administrators have effectively pushed students out of school and entangled many of them in the juvenile justice system. Disciplinary policy reforms enacted in 2015 improved outcomes for most racial groups in Oregon — but made things worse for Black students. Has your kids’ school community had a conversation about disciplinary policy? What are the statistics for your neighborhood schools?

In the ’90s, Portland Public Schools started a ground-breaking equity fund intended to reduce disparities between fundraising for extras at the most wealthy schools and the least wealthy. But the system has serious limits. Does your PTA have an opinion? Would you consider signing a petition calling for PPS to re-examine racially inequitable fundraising? (You can learn more about the power wielded by the wealthiest PTAs here. And you can listen to the Nice White Parents podcast about building better school systems — and what gets in the way — here.)

Caitlin Flanagan was a teacher at a private school. She doesn’t like what she learned there about social inequality. What do you think? What do the teachers at your kids’ school think?

A video series from adidas and Vice positing that for Black athletes, running is more than exercise — it's an act of resilience. (Free)

A Community Guide for Opposing Hate

“The purpose of this manual is to provide those who want to ‘do something’ about hate the something they can do, step by step, not only for the immediate aftermath of a hateful act, but for years to come to improve their community.” A project of the Bard Center for the Study of Hate, the Western States Center and the Montana Human Rights Network. (Free)

Helping Portlanders of all races establish relationships to learn about and support each other. (Free and donation options)

Reacting if you see someone being racially or sexually harassed on the street can be very effective in making the harassment stop. And something as simple as a knowing look or a supportive, empathetic statement helps the person being targeted feel less alone and less afraid. Learn conflict de-escalation, safety and resilience skills from Right To Be (formerly known as Hollaback). (Free and paid options)

White Awake / Awakening to the Delusion of Whiteness

White Awake is an open-source curriculum that focuses on educational resources and non-denominational spiritual practices to support white people’s engagement in the creation of a just and sustainable society. In Portland, versions are offered by organizations including the Zen Community of Oregon, Dharma Rain Zen Center and Bright Way Zen (you don’t need to be a Buddhist to take part). (By donation)

The Portland-based community organization maps out 21 days of achievable actions — simple but substantive content for you to read, watch, act on and share. (Free)

Garrett Bucks is a writer and activist in Milwaukee, WI. He’s also a peach of a human. He organizes white people to organize their friends, families, co-workers and neighbors for racial equity. I highly recommend his five-session online, interactive training! You don’t need to have any experience with organizing. You don’t even need to think of yourself as “an organizer.” Garrett also offers custom trainings for organizations. (Cohorts in real-time via Zoom; free and donation options)

Author Layla Saad: “It is important to understand that this is deep, raw, challenging, personal, heartbreaking and heart-expanding work. … It begins with getting honest with yourself, getting educated, becoming more conscious about what is really going on (and how you are complicit in it), and getting uncomfortable as you question your core paradigms about race. If you are willing to do that, and if we are all committed to doing the work that is ours to do, we have a chance of creating a world and way of living that are closer to what we all desire for ourselves and one another.” The PDF workbook version of Saad’s guide, available online, uses a 28-day action format. The full book version can be borrowed from any Multnomah County library. (Free)

The challenge is designed to educate, to help people face and get past shame, anger and blame, and to develop empathy — all key elements of creating an anti-racist America. (Self-paced; free)

103 Things White People Can Do for Racial Justice

Gosh I love this list by Corinne Shutack. Her description of its purpose, quoted for truth: “Our work to fix what we broke and left broken. The work isn’t done until Black folks tell us it’s done.” (Free)

A international, youth-led platform for young people to join up with volunteer, social change and civic action campaigns to make real-world impact on causes they care about. (Free)

Doing My Part as an Anti-Racism Ally

Why Aren’t There More Black People in Oregon? A Hidden History

A conversation with Portland-based educator and artist Walidah Imarisha. (Free)

Portland theater, walking tours, exhibitions and more. “The Vanport Mosaic is a memory-activism platform. We amplify, honor, present, and preserve the silenced histories that surround us in order to understand our present, and create a future where we all belong.” (Free and fee options)

The Land You Live On: Native Land Digital

My father’s father had a library full of books. Many of them went to my dad, and eventually some of them came to me. One is a slim narrative, self-published by a long-ago relative, telling the story of an even longer-ago forebear. That eminent Puritan ancestor arrived in Massachusetts colony on a ship from England — his wife gave birth to one of their daughters at sea on the way. Until recently, I had never read the whole book. But in early 2021, waiting out pandemic lockdown, I finally did. It describes my ancestor’s flourishing as a new-world minister and schoolmaster. In 1636, the family arrived at a settlement then known as Contentment (“a place that was known for the generally excellent character of its founders”). And then came this line: “There, with others, [Mr. X] was assigned a tract of land.” For my dad, this ancestor’s story was (rightly) a source of historic family pride. For me, it was (also rightly) a gut-punch moment. I had known on an abstract level that my people were probably some of the colonists and settlers who saw a continent for the taking. That one throwaway line in a 122-year-old book made the connection visceral: The injustice at the base of our nation’s history is part of my DNA. Here's a good moment to add that I'm thinking about these things in a 20th century house built on land taken from the Multnomah, Kathlamet, Clackamas, bands of Chinook, Tualatin Kalapuya, Molalla and other tribes who traditionally made their homes along the Columbia River. Where are you thinking of these things? The Native Land app, an Indigenous-led project, can connect you with the pre-settler history of your home (wherever your own family may have arrived from). Enter your zip code and make your personal connections with long-ago people less academic. (Free)

A 2021 collection of articles and oral histories related to whiteness and civil rights in Oregon from local academics, elders and leaders, compiled by the Oregon Historical Society. (Free)

The Racist History of Portland, the Whitest City in America

An info-packed 2016 article from The Atlantic. (Free)

“The right acknowledgment of Black justice, humanity, freedom and happiness won’t be found in your book clubs, protest signs, chalk talks or organizational statements. It will be found in your earnest willingness to dismantle systems that stand in our way — be they at your job, in your social network, your neighborhood associations, your family or your home. It’s not just about amplifying our voices, it’s about investing in them and in our businesses, education, political representation, power, housing and art.”

Note: These are some of my favorite places, and I went for quality over quantity. The list isn't meant to be comprehensive.

Have a resource to suggest? A comment to make? A bone to pick? Get in touch! I’d like to hear from you.
‍
Get In Touch!